The Class of 1995 Ford Scholar received graduate funding from the Foundation to attend Tulane University School of Medicine, where she received a master’s degree in public health and tropical medicine and became a doctor of medicine. She works as the deputy health director for the Santa Barbara County Public Health Department in California.

“I was a poor kid from a poor town,” Thoman said during her acceptance speech, adding that the Foundation changed her life.

“The Ford Scholarship is more like a contract,” she said. “Study hard, exceed and excel and go back to your communities.”

This award is accompanied by a donation of $5,000 from the Foundation to a non-profit of the recipient’s choice. Thoman chose the Pacific Pride Foundation, an organization that provides medical care and services to HIV/AIDS patients. Thoman volunteers for this organization and was recently elected to its board of directors. 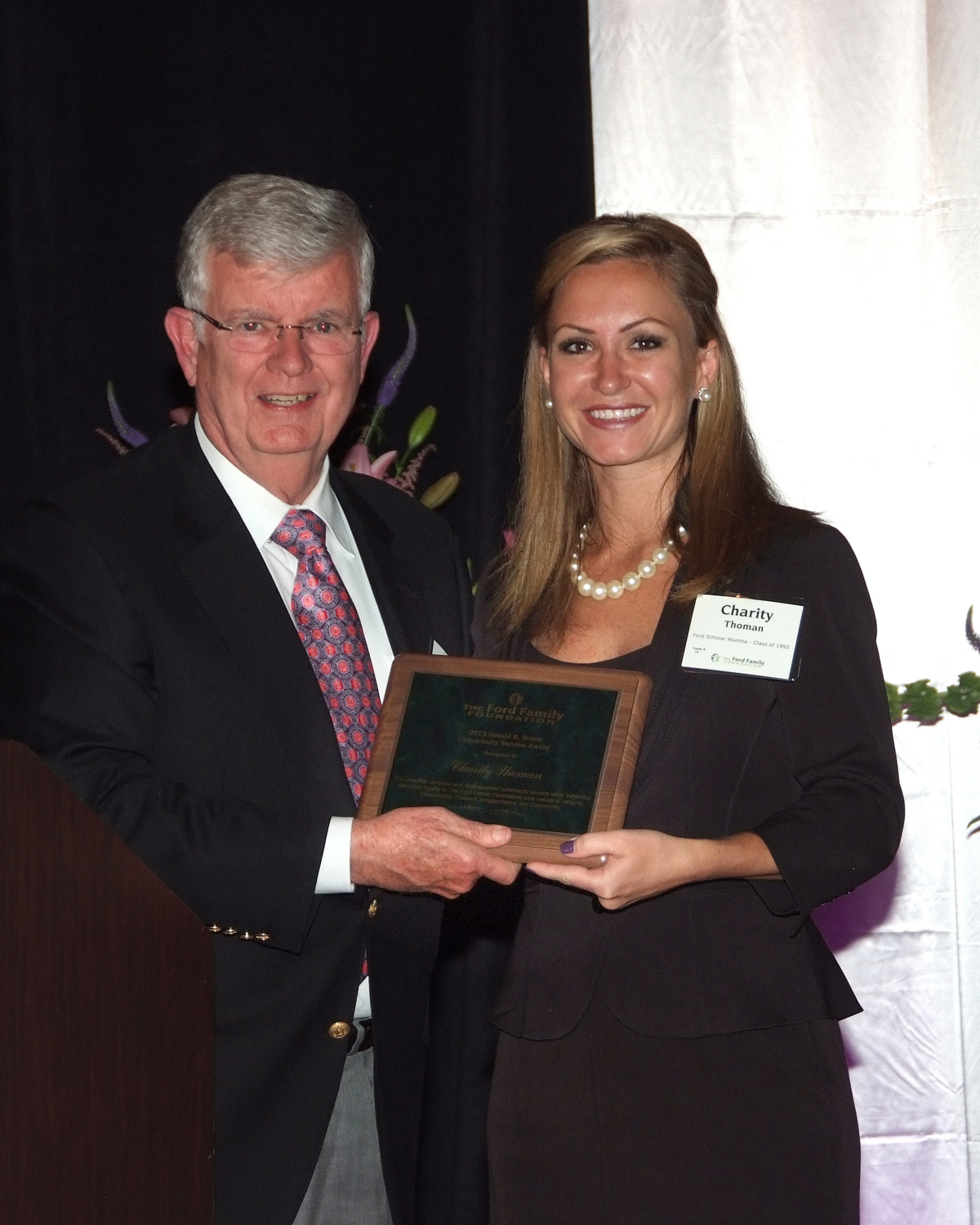