When Patrick Baird heard about a MLK Day of Service project at Englewood Park in northeast Salem, he signed up to spend the morning pulling invasive species.

“Englewood is an amazing woodland in the middle of Salem that I used to visit when I attended Willamette,” the Class of 2011 Ford Scholar said. “The reason why I volunteered on MLK is that I wanted to give back to a place that was meaningful to me personally and to reconnect with important communities in my life.”

Ford Alumni and five Willamette University Ford Scholars to join him, but as far as he knew, he was the only Ford member to participate.

About 40 to 50 volunteers pitched in, many from the immediate neighborhood, some from Target, and some from South Salem High School. He brought his cousin from Sandy High School.

“This was also a great chance to volunteer with my younger cousin and to share with her some of my college experiences in Salem,” Baird said. “I had hoped to meet other Ford Scholars while volunteering, but being able to work people from the Englewood neighborhood was an equally meaningful experience.”

From 9 a.m. to noon, they worked to remove English ivy, holly and laurel bushes using their hands, shovels, hoes, rakes and saws. Baird worked in a smaller sub group, freeing a fence and a Douglas fir tree from the grasp of thick ivy vines.

“It felt good being able to leave that park better than I had found it so many years before,” Baird said. 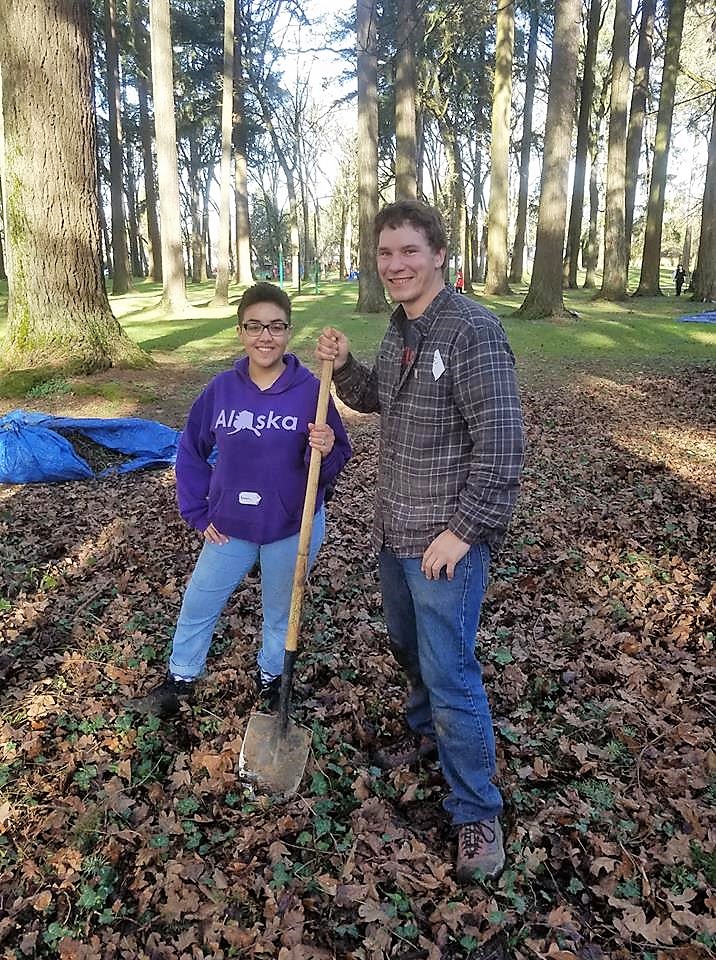