In August, Marija started full-time employment as a financial aid coordinator at her alma mater, the University of Portland. She helps students and their families finance a high-quality education by providing access to information and resources. Marija is thrilled that her Ford Family Foundation experience now includes meeting new classes of Ford Scholars on campus.

Joel recently celebrated his 15th anniversary as a prosecuting attorney. Jon Krakauer recently wrote about a particularly high-profile rape case in his latest best-selling book: “Missoula: Rape and the Justice System in a College Town.” Joel continues to prosecute sex crimes and homicides for the Montana Attorney General.

Shane recently left the Reynolds School District in the Portland, Ore., area and became principal at Gilbert Heights Elementary School in the David Douglas School District, also in Portland. Although his job duties are multifaceted, his main goals are to assist teachers in implementing culturally relevant policies and practices, increase family engagement and refine instructional strategies in order to increase student achievement.

On Nov. 1, David will celebrate his 10th year at Artforum Magazine, where he is editor-in-chief of artforum.com. David is also editing a series of books on dance, which the Museum of Modern Art in New York will publish in the spring of 2016. David is thankful that The Ford Family Foundation helped get him on this track.

Holly recently moved from Springfield, Ore., to Redmond, Ore., with her husband and two sons in order to be closer to her parents. In September, she started working as a part-time newspaper reporter for the Central Oregonian in Prineville, covering schools, education and community news. Holly is happy to be back in her rural hometown community, working for the same small-town newspaper where her journalism career began in high school. She will continue to edit and produce the Ford Scholar Alumni News.

Amanda is a partner at Hughes, Rote, Brouhard and Thorpe, LLP in Grants Pass, Ore., and was elected to the Oregon Women Lawyers Board of Directors in May 2015.

Danielle successfully moved her medical practice into her brand-new clinic on June 1, bringing on board another doctor as well as an acupuncturist. She continues to serve low-income families by providing high-quality medical care and education in the greater southeast-Portland area. Additionally, she traveled to San Francisco this year to speak at the National Psoriasis Foundation Research Symposium and National Volunteer Conference on the topics of alternative medicine and the patient experience.

One of Seth’s films, POWGirls (https://vimeo.com/134902221), is in the Portland Film Festival. Description: Over the course of one week, watch a group of girls ages 15­-19 realize their power, creativity and voice in media production through a filmmaking workshop based out of MetroEast Community Media in Gresham, Ore., facilitated by POWFest (Portland Oregon Women’s Film Festival). Watch the growth of creative, tech­-savvy leaders who will help realize gender equity in media industries. POWGirls is designed to foster the power of women in media.

Zach received a Ph.D. in materials science in 2012. He works as an instrument scientist at the Research Neutron Source Heinz Maier-Leibnitz (FRM II) in Munich, Germany. His research explores the atomic motions in complex liquid metal alloys by using beams of neutrons produced at the FRM II. He aims to better understand the atomic-scale properties of liquid metals and how these influence the formation of advanced structural materials, specifically metallic glasses. Before this position, he spent one and a half years as a postdoctoral research scientist at the German Aerospace Center in Cologne, Germany.

The American Society of Implant and Reconstructive Dentistry (ASIRD) recently selected Todd into membership. Only 15 percent of dentists in the U.S. restore more than five implants a year, and only a select few of these dentists are elected into ASIRD membership, which is by invitation only. Selection is based on specific training requirements and above-average clinical outcomes. He is committed to educating patients about dental implants and the importance of choosing an experienced surgeon and dental team.

Meghan married Kolby Golden in May.

Jennifer’s daughter and son are now nearly 4 and 2 years old. She teaches English half-time at Scott Valley Junior High in Fort Jones, Calif., and teaches a remedial English class at College of the Siskiyous. She has started a lifestyle blog, www.adomesticwildflower.com, full of Scholar-approved living ideas.

Sabrina and her husband, Alexander Golé, welcomed their first child, Mélanie Marie Golé, on Dec. 5, 2014. In addition to having a child, Sabrina has been busy with her career as a painter, exhibiting artwork in both the United States and Europe.

In August 2015, Norma graduated with a doctorate in clinical psychology. She was offered a postdoctoral fellowship at the University of Southern California, working with Disability Services and Programs as well as the USC Kortschak Center for Learning and Creativity, a program offering a modern approach to supporting student success. In the last year, she has volunteered with Arab youth refugees in Southern California, which is an endeavor she hopes to continue to pursue. She can’t speak enough to how The Ford Family Foundation helped begin her journey. Her thanks are endless.

Violet earned a Master of Social Work in Community Practice from the Diana R. Garland School of Social Work at Baylor University in Waco, Texas, in May 2015.

Rachael and her husband, Gavin, welcomed their first baby, Jacqueline Hills, in March 2015. Rachael works as a pharmacist at the Silverton Hospital in Silverton, Ore.

Stephen and Desiree, both Class of 2006 Ford Scholars, were married June 13, 2015, in Mt. Shasta, Calif. Both graduates of Dunsmuir High School, they now live in Oakland, Calif. Desiree works for the Leukemia and Lymphoma Society as a senior campaign manager, and Stephen works at Perkville as a product manager.

After five years of various and extensive volunteer trips overseas, Karla was accepted into graduate school at the University of Arizona this fall and has started her Master’s Degree in Development Practice.

Mitchell completed his Master’s Degree in recreation and sports sciences from Ohio University in May 2015.

In June, Goldann became a research assistant in the Center for Radiochemistry Research at Oregon Health and Science University.

This fall, Zander began a two-year environmental studies master’s program at Western Washington University, where he also serves as a teaching assistant for the department.

Ashley passed the National Council Licensure Examination (NCLEX) three weeks after attaining her Bachelor of Science in nursing and became a licensed registered nurse. She was chosen for Salem Hospital’s competitive New Grad RN Residency Program and now works as an emergency department registered nurse. She loves every minute of it! 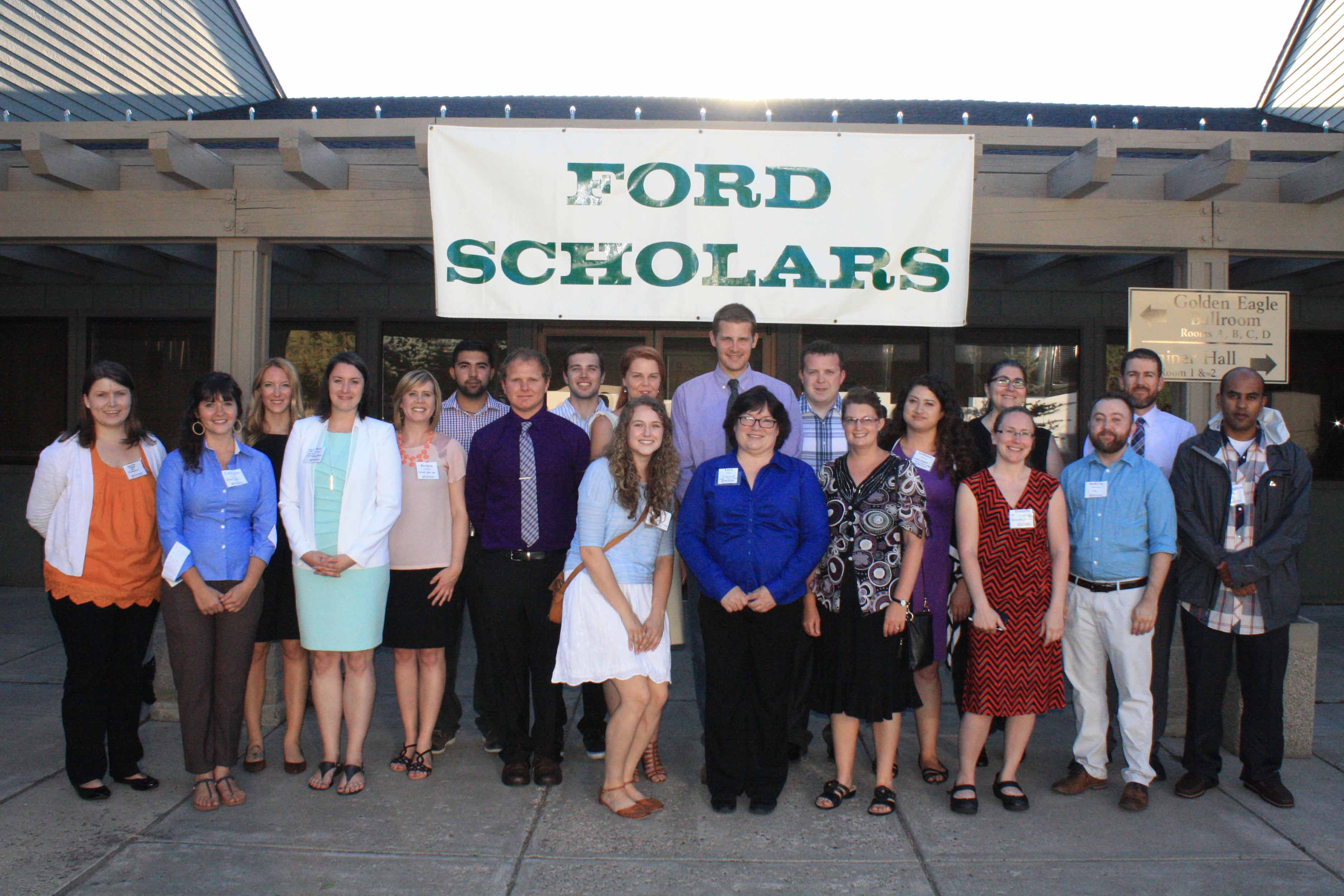