Ford Scholar Alumni rolled up their sleeves and went to work in their own communities during Martin Luther King, Jr. weekend, as a way of serving others and living out Kenneth Ford’s legacy.

“Driving home from conferences and wondering how to keep Ford Scholars and alumni connected led me and others to feel like events had to happen locally because it’s a given that we all have busy schedules doing amazing things in our local communities,” Curry explained. “With technology and FSAA’s new vision to promote alumni to ‘Connect where you are; lead where you live,’ doing events locally and then sharing results through social media devices and the summer gatherings makes sense.”

“Portland MLK Habitat for Humanity Build was a success,” Yamada said. “Thank you Mandy Elder, Michelle Bolduc Culaba, Van Duong, Emilie Jensen and LeHua Amy Chen for taking time out of your morning to give back to your community and most importantly have fun with other Ford Alumni friends.”

Ford Scholar Alumni helped alongside other volunteers with a variety of projects, including painting the inside of several rooms and putting up dry wall.

“We had a blast! And it was so much fun to work side by side with other Ford Scholar Alumni—learning new skills, and most importantly helping a family in need,” Yamada said.

They ended the day with the site coordinator reading a Martin Luther King, Jr. quote: “Life’s most persistent and urgent question is, ‘What are you doing for others?’”

Rebecca (Sullivan) Fallihee from the Class of 2005 coordinated a work party at Lincoln Elementary School Garden in Corvallis on a rainy Saturday morning, Jan. 17.

The Lincoln Garden is managed by the Linus Pauling Institute’s Healthy Youth Program at Oregon State University. Teachers use the garden to integrate garden learning into their classroom curriculum; increase food literacy; provide new food experiences to students; encourage them to taste fresh produce; teach children about the importance of making healthy food choices; and increase student’s connection and relationship to nature.

Fallihee and FSAA President Mary Chuinard and her family pitched in to help along with eight OSU Ford Scholars. They weeded and mulched garden beds and pathways.

“It was quite rainy, but everyone stayed in good spirits and was excited to be there,” Fallihee said.

Scholz and the University of Oregon Ford Scholars spent the morning hanging student artwork and decorating the commons area for a reception.

“Anything Ford does, I want to be a part of,” said Rian Rasubala from the Class of 2012. “I haven’t done anything with alumni, and I want to establish a relationship with alumni.”

Rasubala was there with his Ford Scholar mentee, UO journalism major Lizbeth Silva from the Class of 2013.

“I wanted to be more involved,” Silva said. “Since it’s my day off, I decided to do something productive.” Silva’s twin sister, Lizeth, also a Ford Scholar, pitched in.

UO art major and Ford Scholar Robin Hill from the Class of 2011 enjoyed using her talents to paint a banner that read “Winners” to showcase the winning students’ artwork.

“I stand for what Martin Luther King, Jr., stood for,” Hill said. She later joined community members in a peaceful MLK march.

Not only did Curry oversee the state-wide FSAA events, he also helped coordinate alumni and Scholars to help with the MLK Celebration Stride Toward Freedom 5K Run/1 Mile Run/Walk, which was held Saturday morning, Jan. 24 at Willamette University in Salem.

“It was so rewarding to support the Office of Multicultural Affairs at Willamette University by bringing Ford community members to support their efforts and cheer on the athletes,” Curry said. “I have run the Stride Towards Freedom 5K the three years prior and making the job easy for the committee that helped make that happen year after year was really rewarding to me.”

Aimee Fritsch, a Class of 2010 alumna who lives in Minneapolis, Minn., joined the Hockey Day Minnesota at Holeman Field in St. Paul, Minn., on Saturday, Jan. 17.

“In the winter, in the great state of Minnesota, they host a hockey tournament, on an airport tarmac, that is simultaneously broadcast to the Minnesota National Guard stationed in Kuwait,” Fritsch explained. Hockey Day Minnesota benefits St. Paul-based youth hockey programs.

Curry said that the first event under the new vision ‘Connect where you are; lead where you live,’ was a great success. “As soon as other alumni agreed to coordinate events, I knew we would succeed,” he said. “I owe all of those eight coordinators a huge thank you. They get all of the credit for making these events happen!”

Before the project began, Curry’s goal was to recruit five coordinators and organize three MLK Day of Service projects across Oregon. He recruited eight coordinators who put on five events – four in Oregon and one in Minnesota.

Curry is excited to see how the FSAA continues the momentum into Earth Day events this April by surpassing the goals he has set – five events, 10 coordinators and 10 new connections. Alumni have already stepped up to help coordinate events in Clackamas, Redmond, Salem and Springfield.

It will take more than money to make stronger communities as the Fords desired, Curry said. It takes personal connections. “If this program creates just one more connection between Oregonian do-gooders, than I know that I am doing my part to help Mr. Ford’s vision for our communities continue to come true.” 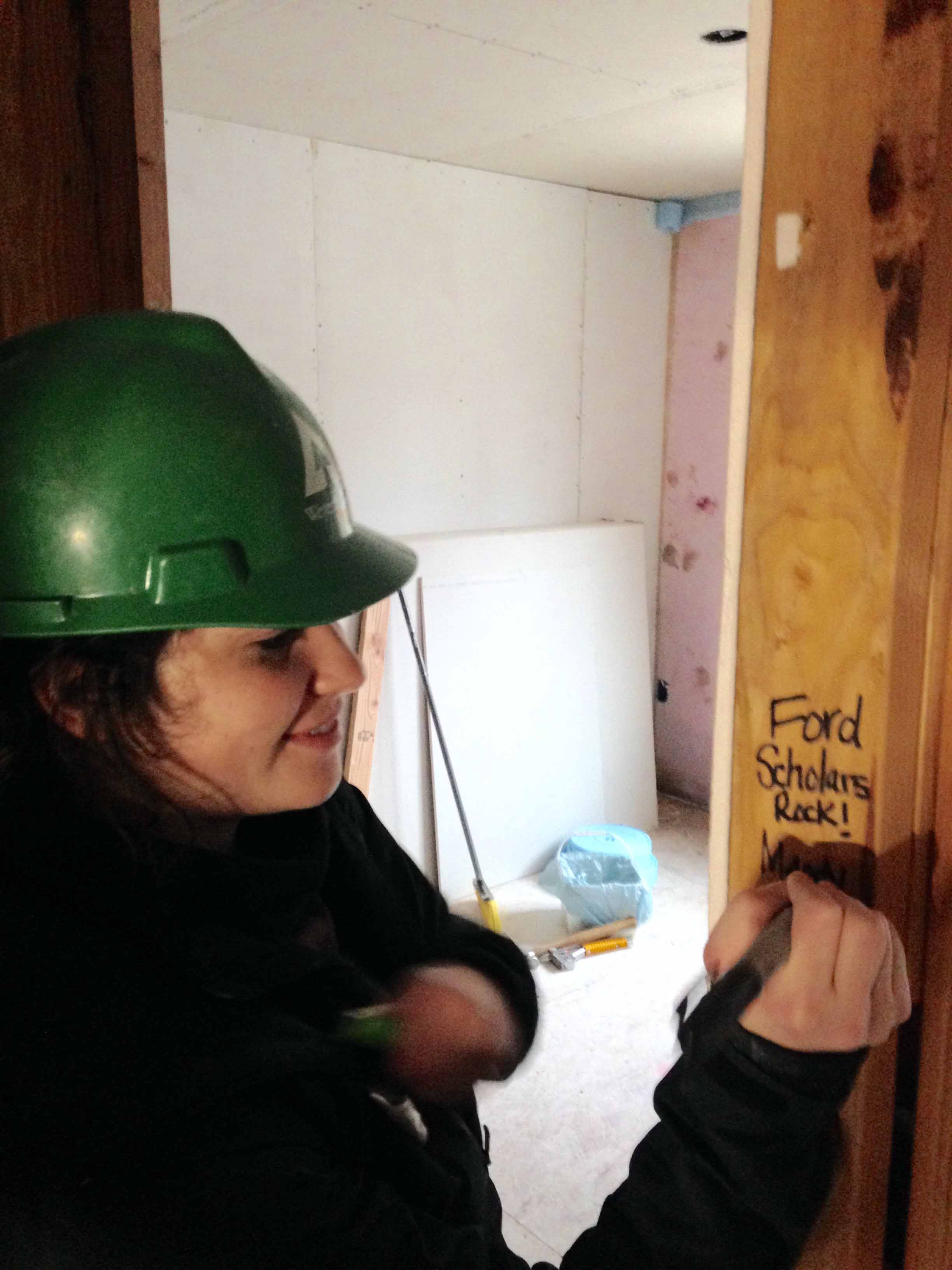