Annie Tester, a Ford Scholar Alumna from the very first class of Ford Scholars, 1994, has earned the Gerald E. Bruce Community Service Award for her dedication to her small, rural hometown and her perseverance in building a charter school.

Tester started college at age 36 when her three children were 16, 12 and 10. “My husband and kids learned how to fend for themselves while learning how important a college education is to succeeding in today’s economy,” Tester said.

She earned her Master’s in Teacher Education from Eastern Oregon University in 1999 and taught English, music and theater at PRHS until July 2004. With the help of the Foundation, Tester received her initial administrator’s license in December 2002. Her first administrator’s position was at Nixyáawii Community School on the Confederated Tribes of the Umatilla Indian Reservation. She helped the charter school open its doors in the fall of 2004.

Tester says she started the school from scratch, including building a budget, hiring staff, buying classroom necessities, building athletic schedules, developing student activities, and learning the names and families of the reservation community. “It was a daunting undertaking of which I am very proud.” She stayed as the administrator until the end of the 2007 school year.

She then returned to PRHS as a teacher and continued until the summer of 2012 when she became principal. She hopes to retire from the Pilot Rock School District.

“I am extremely lucky to have a career in education,” Tester said. “There is no way to thoroughly explain the gratification that comes from seeing students succeed.”

As the high school principal, Tester has many opportunities to give positive encouragement to parents along with their students. “It always makes me feel good to help a family work through a tough situation,” she said. “The community knows I care about the school and every student in it.”

Tester remembers Mr. Ford being adamant about the need to give back to the state of Oregon and especially to our own communities. “I feel if my community is to continue thriving, then it is my duty to be an active member of it,” she said.

For the last 25 years, Tester has provided music, taught classes and been a member of the finance committee at her local church. She was a founding member of the Ford Scholar Alumni Association and sat on the interim board for four years. Tester serves as board chair for the Pilot Rock Education and Community Foundation and helps plan the PRHS alumni dinner during Pilot Rock Community Days, which is another annual event she helps coordinate. Tester served two years on the Pilot Rock City Council. She also serves as chair of the Umatilla County Cultural Coalition, which strives to increase awareness of cultural organizations and activities.

Tester says she is humbled by the honor of receiving the Bruce Award. “Truthfully, I’m overwhelmed just as I felt the day I opened my award letter back in 1994.” She recalls Mr. Ford scolding Scholars for not thinking they were special individuals. “I don’t see myself as special or outstanding and am still wondering how this is actually happening to me.”

The award comes with a $5,000 grant to a nonprofit organization, which Tester has chosen to go to the Pilot Rock Education and Community Foundation. The funds will be used in local schools and the community.

Tester remembers Gerry and Ronnie Bruce. “At our summer retreats, the Bruces were so down to earth to us Scholars, and I realize now that they were simply hard-working Oregonians just like Mr. Ford.” 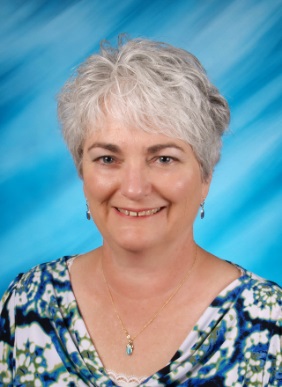