Ford Alumna Karla Rascon-Garcia is on a treasure hunt, and she’s reaching out to other Ford Alumni for help.

The Class of 2007 Ford Scholar from rural Tulelake, California, has a one-year Kirchner Food Fellowship through the Kirchner Group.

“The way I describe it is like treasure hunting,” Rascon-Garcia says. “We’re looking for companies that are specifically an agro-tech company that can help small and medium-sized farmers access more markets and even prosper in them.”

Rascon-Garcia, 27, earned a Bachelor of Science Degree in animal science from California Polytechnic State University. In May, she earned a Master’s in Development Practice from the University of Arizona, where she focused on epidemiology in Latin America.

Her interest in animal health and agriculture was sparked from early exposures to farming in rural Mexico. She has volunteered in many countries and partnered with Panaftosa-Pan American Health Organization/World Health Organization, working with foot and mouth disease in Latin America for her master’s in development practice field practicum.

Now, she’s working on a doctorate at the University of California Davis, studying livestock diseases.

“I’m more interested in food security, which is where it all comes together,” Rascon-Garcia said.

In August, she met with the two other 2017/18 Kirchner Food Fellowship recipients in Atlanta, Georgia, for the Kirchner Kick-Off Weekend, where they developed their investment mandate. One fellow is a PhD Electrical Engineering candidate at Texas A&M University, while the other is earning a doctorate in Plant Biotechnology in Mexico.

The Kirchner Food Fellowship is an opportunity for an elite group of student leaders to be engaged in investment decisions on agriculture-oriented businesses with ground-breaking technologies which can provide long-term sustainable solutions, both environmentally and economically to global food security.

“Kirchner Group itself is a traditional merchant-based group that makes investments,” Rascon-Garcia explained, adding that the Kirchner Food Fellowship is one leg of the group that’s called an impact investment. “They really want to make an investment – not to just get money out of it – but to really have social impact.”

The three fellows, with varying backgrounds, are collaborating to address the issue of food security.

“I’m the animal side of things. One of the guys is plant biotech, and the other guy is engineering,” Rascon-Garcia pointed out. “At the end of the year, if we find a company that is compelling, we’ll invest in them.”

They are focusing on Mexico with the vision of expanding their findings to more countries in Latin America and beyond.

“I describe it as treasure hunting because there could be some start ups or some companies that some of the Ford Scholars are involved in that may be under the radar – maybe they’re not really well-known,” she said. “If they know of someone, they could feel free to connect because I, along with the others, am really zealous and passionate about finding these hidden gems that are doing great things but might be limited financially.”

The three fellows created this mandate: “As Kirchner Food Fellows, we are looking to invest in a revenue-generating, technology-enhanced agricultural company with applications in Latin America to accelerate the ability of small and medium-size farmers to participate and thrive in global markets.”

Rascon-Garcia encourages those who may qualify to contact her.

Once her fellowship concludes in late June, she will remain in Davis, California, to complete her doctorate.

Rascon-Garcia says she wouldn’t be surprised if she pursues a post-doctorate.

“I love working at the national and international level of things,” she said. “Any organization like the CDC or PAHO is not out of my sight. Those are groups that I would love to partner with.” 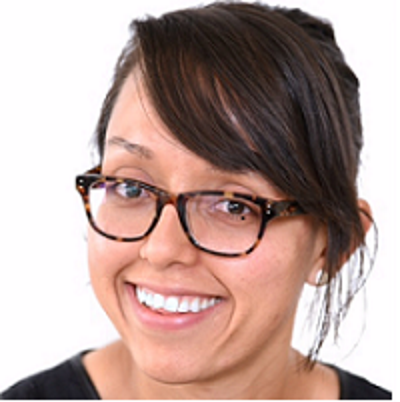