SreyRam Kuy, MD, MHS, published her first novel, “Soul of a Tiger.” Based on a true story, one young woman defies all odds in this profound journey of love, courage and survival during the Cambodian Killing Fields. Read about “Soul of a Tiger” at www.soulofatiger.com or find it at Amazon.com.

Tuliyani became the city planner for the City of Mt. Shasta, Calif., at the beginning of 2014.

Timelle had another addition to her family. Drew Rosen was born Oct. 28, 2013, at Salem Hospital. He weighed 7 pounds, 9 ounces and was 19 3/4 inches long. He joins his sister, Mikenzy, and brother, Micah Rosen.

Jacqui Terrill Cooke, FNP-C, CNM, started her own practice as a nurse practitioner, Sunrise Family Clinic, in September 2013. Jacqui felt ready to start her own clinic after more than 10 years as a nurse practitioner, and having been the main organizer in starting the McMinnville Free Clinic over the last two-and-a-half years, where she continues to serve as board president and volunteer. She also feels blessed to have a wonderful husband, Shawn, to whom she has been married for nearly 15 years, and a 5-year-old son, Caleb.

In December 2013, Andrew accepted a new position as market vice president with Regence BlueShield in Seattle. He will move his family from Portland to Seattle in the spring. He has been with Regence for more than three years and is excited about this opportunity in a new community.

Kevin and his wife, Angela, had their first child, Desmond, last summer. Kevin began a new job in Austin, Texas, and they are looking for a new house.

Meghan has been at Northwest Farm Credit Services in Pendleton, Ore., for four years. As a relationship manager, she writes loans for agricultural and residential properties.

James has worked for Idaho Power Company for more than five years, managing more than 20,000 acres of wildlife habitat in Hells Canyon. In May 2013, he accepted a new position as assistant habitat biologist at his work station in Richland, Ore., on the Daly Creek Wildlife Habitat Management Area. He and his wife, Amanda, live in Baker City, Ore., with their two children and will celebrate their third wedding anniversary in April.

Eben and wife, Roxanne, recently welcomed their first child to the world. Their daughter, Kiley Grace Allen, was born Feb. 4, 2014, at 4:42 a.m. She weighed 8 pounds, 15 ounces and was 21 inches long. Eben and Roxanne are delighted and still in awe that they are actually parents now!

Sabrina earned a Special Major Master’s Degree in museum studies with an art historical emphasis from California State University at Sacramento in December 2013.

It’s been three years since Dustin returned to the States after teaching English in Austria. Since returning, Dustin has had three, fun years full of teaching skiing, fly fishing, motorcycle riding and climbing trips. He is happy, however, to have finally made the decision to enter grad school and earn a master’s degree in education. He looks forward to starting at Oregon State University – Cascades this summer in Bend, Ore.

Kirsten married Eigo Yamada on Aug. 10, 2013, at the Village Green Resort in Cottage Grove, Ore. She met Eigo, who is from Japan, while he was studying abroad at Linfield College in 2006. In February 2014, the couple traveled to Japan where they had a traditional Japanese wedding ceremony in Eigo’s hometown of Chigasaki. The couple resides in the Portland area and are already beginning to plan their next trip.

In 2012, Lizett graduated with a master’s degree in marriage and family therapy from George Fox University. She works as a mental health therapist at Lower Columbia Mental Health Center in Woodland, Wash. She is certified as a Hispanic Mental Health Specialist, an Eye Movement Desensitization and Reprocessing Specialist, and in play therapy (helping children process trauma). Lizett operates a weekly free clinic for uninsured people needing mental health services.

In December 2013, Jennifer graduated from Crown College in St. Bonifaciusin, Minn., with a Master of Arts degree in international leadership with an emphasis in community development.

Keith was recently selected as one of six Americans to attend the Institute for Leadership in the Americas as a delegate representing the USA and Jordan. The two-week conference took place in Santiago, Chile, and included 60 students from all over the world. Morning courses were taught by prominent professors and politicians such as Julio Dittborn, undersecretary of the treasury, and Jose Piñera, Harvard economist and architect of the Personal Retirement Account reform.

Sterling attained his bachelor’s in Spanish at the end of fall term. He is currently interning for the Rural Education Institute of Mexico in La Palma and Jalpa in Guanajuato, Mexico, teaching English and other life skills to children between the ages of 8 and 15. He will be there throughout the semester and then will return to Eugene and decide what he wants to study in graduate school. 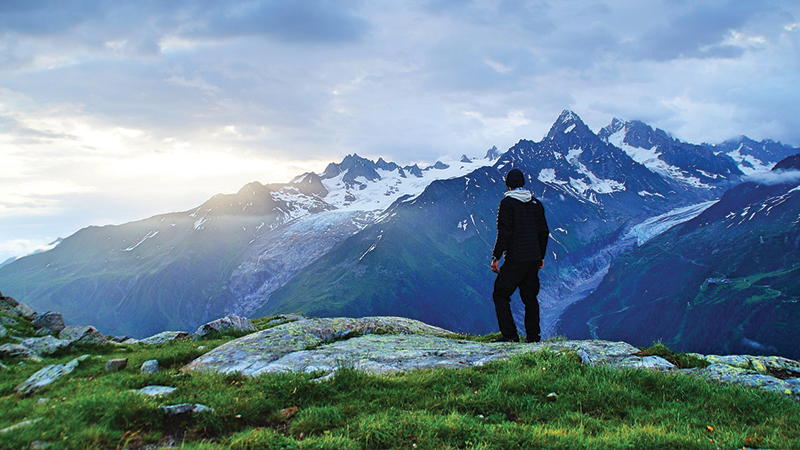