Norm Smith, president and CEO of The Ford Family Foundation, will retire on April 15, 2013. Norm was the first employee hired when the Foundation commenced operations in 1997.

A national search for Norm’s successor is underway, and a new CEO is expected to be in place before his departure.

“I intersected with the 1996 search for the president of The Ford Family Foundation while working in San Francisco in the Law and Government Affairs division of AT&T,” Norm recalled. “My wife, Kathy, and son, Spencer, and I are all native Oregonians, so coming home was just one of the appealing aspects of accepting the position.”

Prior to his AT&T career, Norm had practiced law in Washington, D.C., and Portland, Ore., and served in the Oregon House of Representatives.

“The challenge of working with a new Board of Directors on a very promising, philanthropic start-up in southern Oregon was a powerful draw,” Norm recalled.

Norm was recruited at the end of 1996, when Kenneth Ford, founder of Roseburg Forest Products, was very ill. Mr. Ford passed away at age 88 in February 1997, but not before he had hand-selected a Board of Directors to shepherd the newly renamed Ford Family Foundation.

“I was on standby to fly up to meet him on short notice in early 1997,” Norm said, “but he passed away before I had the chance to listen to his thoughts and hopes for the Foundation. The Board stepped up to secure Mr. Ford’s legacy. They gave me great guidance and insight to his vision for a large, private philanthropy to benefit small- and mid-size communities across rural Oregon and Siskiyou County, Calif.”

When Norm began, the Foundation had an endowment of $256 million. Today, it is one of the largest private foundations in the Pacific Northwest and has recently ranked in the top 100 in assets in the nation, growing to $700 million. In addition, it has distributed over $250 million for charitable purposes since 1997.

The Foundation also operates the Ford Institute for Community Building. The Institute was launched in 2000 and is now working in 80 rural “hubs” across the region with leadership development, organizational capacity building, and community collaborations to achieve rural, community vitality. There are 4,000 graduates of the Institute’s rural, leadership program.

The Foundation in 1997 had a history of charitable gifts from Mr. Ford, and two programs that provided access to post-secondary education for financially needy students. Today, those two scholarship programs have grown into five, creating a major initiative of the Foundation. More than 1,000 scholarship recipients are currently enrolled, and alumni number more than 3,000. In most programs, recipients are eligible for receiving funding of up to 90% of their unmet need. The Foundation has granted nearly $123 million to students.

The Ford Scholar Alumni Association strives to keep recipients of the Ford Scholars Program connected and engaged in their communities.

Norm encourages alumni to stay together and consult other programs and models. Perhaps even consider expanding to include other Ford Family Scholarship recipients like Ford Opportunity and Ford ReStart Scholars. He recommends participating in annual award banquets to solicit new interest and to keep highlighting successes in our newsletter.

“Ford Scholars are people of true grit,” Norm said, adding that alumni help fulfill Mr. Ford’s vision of creating vital rural communities. “You were originally selected in the belief that with a chance at post-secondary education, each of you would be closer to his vision of successful citizens. In that regard, exercise your citizenship by making your block, your village, your school a better place by engaging with others to that end.” 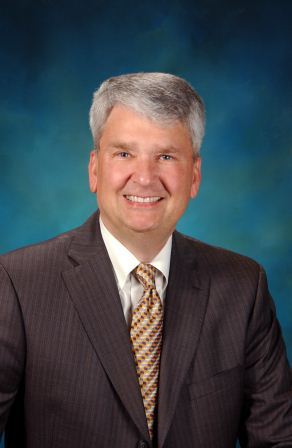