On Dec. 16, 2012, Dayna and Luke welcomed their second son, Henry Douglas Williams. He decided he didn’t want to miss Christmas, so he came a bit early.

His older brother, James, can’t wait until Henry can play chase and build towers with him. Dayna continues to be a stay-at-home teacher of two until they are in school, and then she plans to return to teaching in public schools.

Jaliene graduated with her Doctorate in Education in April of 2012. She accepted a position with Oregon Virtual Education (ORVED) in January and will teach health and physical education to high school students beginning this fall.

Charity and her husband, John, welcomed a son, Isaac Gerald Staudenraus, on June 16, 2012.

Bethany married the love of her life, Doug Huseby, in June of 2012. They also took a huge step together when they moved to Sweden in January of 2013. They are excited to start their new life together on a Scandinavian adventure.

After a 7-year battle with lupus nephritis, Nicole happily reports that she is on her way to remission! In 2009, Nicole and her husband welcomed their daughter, Madison, born premature at 30 weeks. In 2010, Nicole retired from 11 years as a graphic designer so that she could stay home with Maddie and focus on her health. She and Jon are active board members and volunteers for Molly’s Fund Fighting Lupus, helping spread awareness about this debilitating disease. They love spending time at the gym as a family, doing day trips to the coast and playing with their boxer pup in the backyard.

Tyler is organizing the community-based, public artwork “Bridge for Blankets,” scheduled for installation on the Broadway Bridge in Portland, Ore., on Aug. 10, 2013, as part of the PDX Bridge Festival. The installation includes four knit banners which will be broken down into forty-two afghans and distributed to various homeless shelters in the Portland area.

Toby was recently appointed to the board of directors for the Rimrock Health Alliance, a nonprofit organization in Crook County, Ore. Rimrock was created to help bridge gaps between medical providers, the complimentary medicine community and the dental community; to open lines of communication and collaboration; and to help the community understand the range of health resources available to them. Its purpose is also to help with physician recruiting and retention and provide community health education. Toby, his wife, Katy, and three children moved to Prineville, Ore., in 2011. He is an associate chiropractor at Slater Chiropractic.

Krista married Nicholas Mancuso on Oct. 20, 2012, in Santa Rosa, Calif. The couple met during their first year of law school at the University of Oregon School of Law and relocated to California after graduation. They currently live in the Bay Area and work as attorneys, focusing on intellectual property litigation for The Lanier Law Firm in Palo Alto, Calif.

On July 14, 2012, Jen married her best friend and college sweetheart, Greg Poinar. They honeymooned in Thailand and are already planning their next trip to South America. She also attended her first Ford Scholar Alumni Association meeting this year and encourages other alumni to come together and get involved.

Todd and his wife, Jenny-Anne, announce the arrival of their daughter, Emma Bliss Gifford, born Jan. 26, 2013. She was 7 pounds, 13 ounces. Mama and baby are healthy and resting well. He says they could not be happier or more thankful that everything went so well.

Will has been married to Elizabeth for 10 years, and they have a 5-year-old son, Chase. Will works as a high school assistant principal.

Jacque got married in 2011. She and her husband are very excited to be expecting their first child in August of 2013.

David and his wife of four years had their first child, Randilynn Elise Bednar, on Jan. 22, 2013. His wife is a postdoctoral student at University of North Carolina, studying HIV. David passed his preliminary exams for his Ph.D. and plans to graduate in December.

Lacey and her husband, Jonathan, welcomed their first child, Gavin Eli Stephens, on June 29, 2012. He was 7 pounds, 6 ounces and 19 inches long.

On June 23, 2012, Alexander Gole and Sabrina were married in Paris, France.

In November of 2012, Yury accepted a senior consultant position with Palantir Solutions, an upstream oil and gas and IT consulting firm. He moved to Houston from Anchorage, Alaska, after spending three years working for Alaska Division of Oil and Gas as a commercial analyst.

After working for three summers, Brian was promoted to a full-time park ranger for Oregon State Parks at Beverly Beach State Park near Newport, Ore. As a park ranger, he was selected and trained to become a Commissioned Officer of the State, which is a higher-level park ranger. Brian earned a Professional Award through his Officer’s Academy. His 40 peers chose Brian to receive this top honor in recognition of leadership and teamwork. He says it is an honor and privilege to serve in his community and help protect one of Oregon’s natural gems.

Kirsten works for AFS Intercultural Programs (American Field Service) in Portland, Ore., a non-profit organization that sends American high school students on foreign exchange programs and hosts international students in the U.S. She began an alumni volunteer initiative and now has more than 100 AFS alumni volunteers across the nation serving as mentors, ambassadors and coordinators within their communities. Kirsten has led several alumni leadership workshops in Washington, D.C., and recently returned from Ghana. Kirsten will marry Eigo Yamada on Aug. 10, 2013. She met Eigo, who is from Japan, while he was studying abroad at Linfield College in 2006.

This has been a year of adventure for Elizabeth. She began a half-time special education teaching job, got engaged and is buying a house. She hopes to find a full-time teaching job next year and is excited to move into her new house. 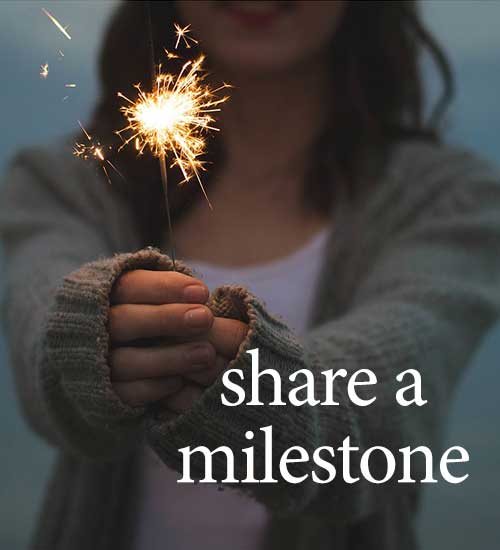